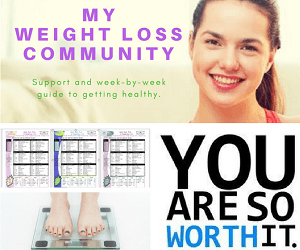 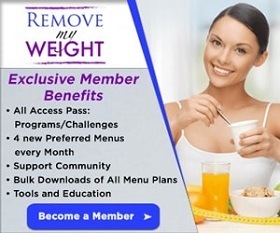 How Does Ginger Impact My Digestive System?

Ginger root has long been used to treat an upset stomach. Rather than working with powdered ginger, fresh ginger can be sliced and steeped in hot water to make ginger tea. When handling fresh ginger, you only want to peel as much as you can use. Wrap the remaining root in a damp paper towel and place the paper towel in a plastic bag before putting it in the refrigerator.

One of the most common ulcers found in adults is the peptic ulcer. This ulcer forms at the top of the stomach and can lead to acid reflux and heartburn. If taken regularly, ginger tea can heal these ulcers, according to Precision Nutrition. It protects the sores from stomach acid and has been shown to reduce the growth of the H. pylori bacteria, which is often the culprit in the formation of ulcers. Simply add a few slices of fresh ginger to a cup of hot water. Allow it to steep for 30 minutes, and drink it 20 minutes before your meal.

Oddly enough, a common cause of indigestion is a lack of proper acid formation. Functionally, the gut becomes sluggish because food isn’t moving through it. To reduce the risk of a sluggish gut, consider including ginger in your largest meal of the day. This can help your body clear food through the stomach and both the large and small intestines. According to Tranont, ginger has been shown to help stomach contents move more regularly through the digestive system, providing relief to those suffering from chronic indigestion. Undigested food is a common cause of inflammation and gas, and it can make you feel bloated and miserable.

When you’re at the market, look for ginger that has a tough skin with no soft spots or mold. While the rhizome will be wrinkly, it should be firm. The thicker the skin, the stronger the ginger flavor will be. You can store your ginger root in the crisper drawer and just snap or cut off a chunk when you’re ready to use it. Peel that portion, slice it fine and either steep it in hot water or eat it sliced. Ginger can also be blended into smoothies for a sweet, tangy flavor.

Fresh ginger is a great addition to hot beverages, smoothies, and salads. In the refrigerator, you can expect your ginger to last about a month. Try not to store sliced ginger because it may darken. To avoid waste of this very useful, healing food, just take as much as you need each time you cut into the root.

Here’s another article you might enjoy: Top 10 Healthy Foods You Thought Were Bad for You

What to Look for in a Diet Plan

How to Lose Weight Over 40 Years Old

Reset Your Body With the Whole 30 Diet Meal Plan

How Proper Nutrition Can Impact Several Aspects of Your Life

Signs a Diet Just Isn’t Working for You

Office Job Weighing You Down? 3 Remedies You Need

Previous Post Simple Ways to Be More Successful on Your Diet Next Post Take a Sip: Everyday Drinks That Boost Your Energy

Calorie Calculator to Find out your Daily Calorie Needs

This website uses cookies to improve your experience while you navigate through the website. Out of these, the cookies that are categorized as necessary are stored on your browser as they are essential for the working of basic functionalities of the website. We also use third-party cookies that help us analyze and understand how you use this website. These cookies will be stored in your browser only with your consent. You also have the option to opt-out of these cookies. But opting out of some of these cookies may affect your browsing experience.
Necessary Always Enabled
Necessary cookies are absolutely essential for the website to function properly. This category only includes cookies that ensures basic functionalities and security features of the website. These cookies do not store any personal information.
Non-necessary
Any cookies that may not be particularly necessary for the website to function and is used specifically to collect user personal data via analytics, ads, other embedded contents are termed as non-necessary cookies. It is mandatory to procure user consent prior to running these cookies on your website.
SAVE & ACCEPT